Our weekend was pretty good. My dad and I did another group 5k run on Saturday. At 7 in the bloody morning. Ugh. I’m usually up around that time, which is no big deal, but being up AND ready to run 3.1 miles is a whole other story. Which is pretty funny because BG (before Gabi) we used to do 5k’s about twice a month. I never quite understood why races had to start at 7 or 8 in the morning. It’s like runners are dedicated or something. But there we were, with about 30 other crazy folk ready to run. For fun.

I do think that knowing there were Bloody Mary’s waiting for us after really did help!

The run went great. I improved my time from last month and actually <GASP> had fun. I know, I know. Running can be fun.

The rest of the day was pretty laid back, which was awesome! I’m so lucky to have found a husband who’s just as happy and content either exploring the island one or just laying low. Being constantly on the go would drive me crazy, I think. 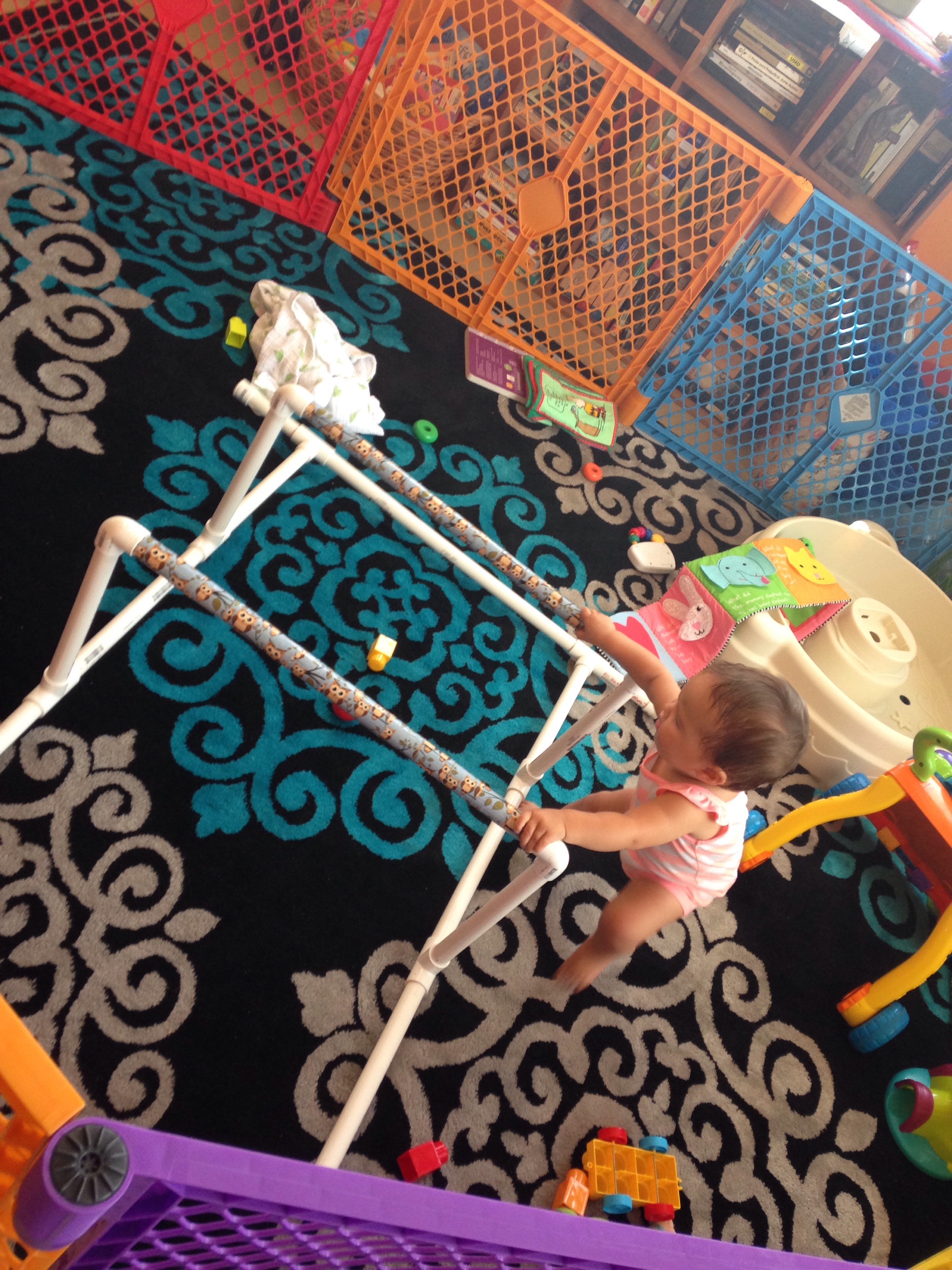 this one certainly is on the go!

Sunday was spent working on the garden and doing some much needed landscaping around the house while the husband snuggled and napped with Gabriela. They’re too cute together. I’m sad to report, however, that I think it’s Iggy the Iguana who’s going after the young seedlings in the garden. The eggshells aren’t really deterring him, lol. We’re thinking maybe chicken wire around the perimeter to see if that’ll keep him out.  So this is going to be round 3, –no 4, oh crap, who’s counting– of planting my squash and beans. Sigh. Did I mention we’re still in a drought?

So dinner tonight: it’s grill time! Who says you can’t grill on a Monday night! **NOTE: no outdoor grilling as we had no charcoal; mom fail. So meat was ‘grilled’ indoors via a grill pan. Still great char! ** I’ll be doing some churrasco on the grill and doing up some soft shelled tacos using this Tyler Florence recipe. Have I ever mentioned I LOVE him??!!??

yum! with homemade aji courtesy of my father

One thought on “And, it’s August!”

Follow My kitchen musings! on WordPress.com
Join 22 other subscribers

I’m the store-bought version of Ina Garten. Cooking my way through all 1,200+ of the Barefoot Contessa’s treasure trove of recipes.

.....ramblings of a beginner cook, wife, and mother.

Inspiration for Everyday Food Made Marvelous

Gringo With A Green Bag

The World has a story to tell...luckily, this Gringo loves to narrate!